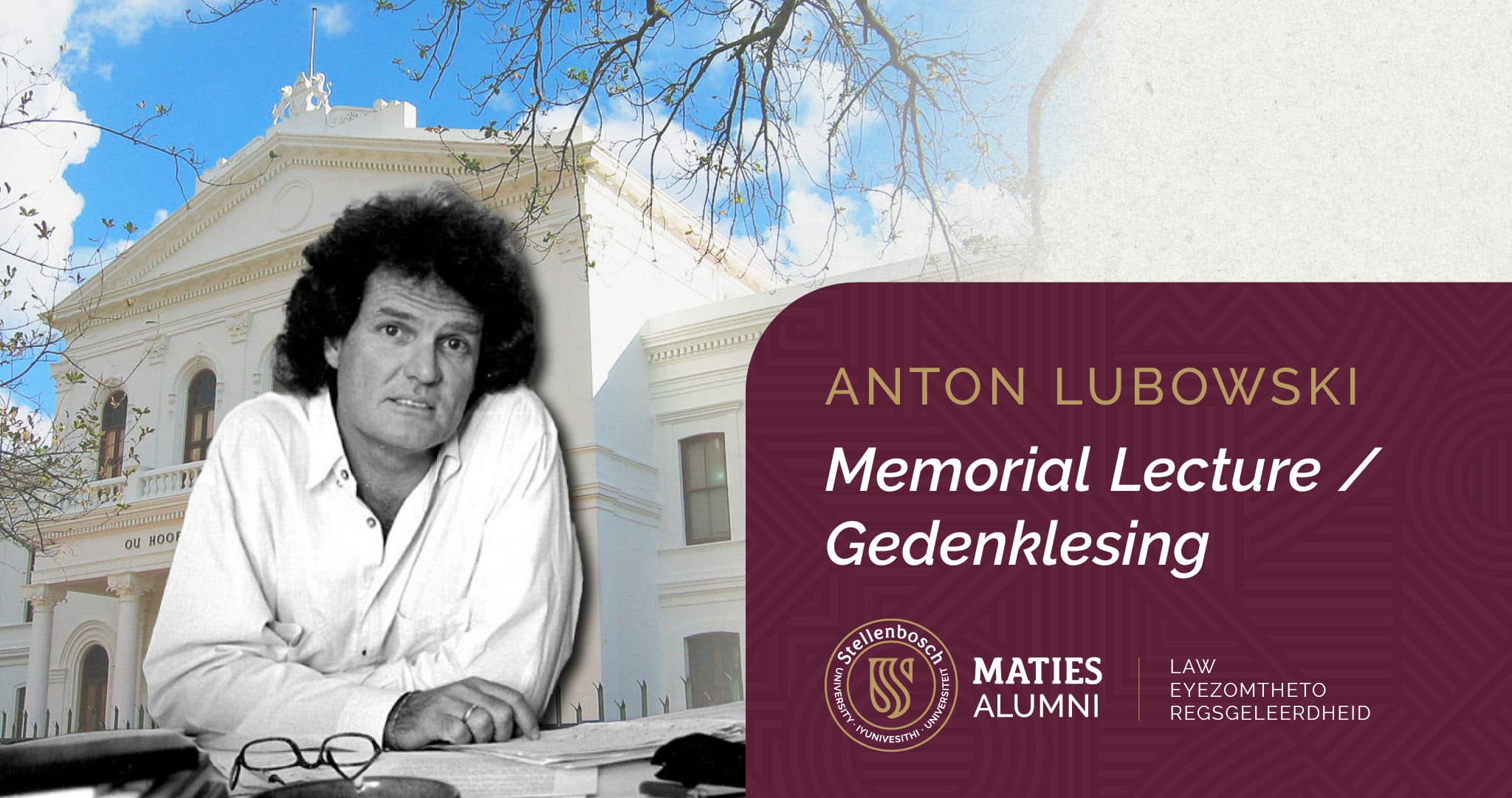 You are invited to the fourth annual Anton Lubowski Memorial Lecture celebrating the life of anti-apartheid activist and advocate, Anton Theodor Eberhard August Lubowski (3 February 1952 – 12 September 1989). The lecture is presented by Stellenbosch University’s Development and Alumni Relations Division, in partnership with the Faculty of Law and Simonsberg Residence. The lecture will be hosted both online and in-person. Please join our speakers: Justice Bekebeke, Prof Thuli Madonsela, and Moeletsi Mbeki in their discussion on the ways in which the Constitution addresses social justice. Our moderator is Max du Preez, editor of Vrye Weekblad, author, commentator and friend of the late Anton Lubowski. More on our speakers:Justice Bekebeke is the Director-General for the Northern Cape Provincial Government. He serves on the Project Steering Committee on New Universities, a Standard Generation Body, he is a member on Human Rights and Peace Education, and Provincial Chairperson of the Northern Cape Provincial Heritage Agency. He is also a Council Member of the South African Heritage Resource Agency. Of relevance to this discussion, Mr Bekebeke is a member of the Committee Drafting Principles and Guidelines Governing Democratic Elections.Thuli Madonsela is an advocate and professor of law, and has held the Chair in Social Justice at Stellenbosch University since January 2018. She served as the Public Protector of South Africa from 19 October 2009 to 14 October 2016.Moeletsi Mbeki is a political analyst, author, and entrepreneur. He is a director of several companies, Chairman of KMM Investments (Pty) Limited, KMM Review Publishing (Pty) Limited, MGM Capital Investments (Pty) Limited, and Executive Chairman of Pomegranate Media (Pty) Ltd. He is Deputy Chairman of the South African Institute of International Affairs (SAIIA) – an independent think tank based at the University of the Witwatersrand – and is a member of the council of the International Institute for Strategic Studies (IISS), which is based in London.