Selective Humanity: Bias and Racism in media coverage of the war in Ukraine 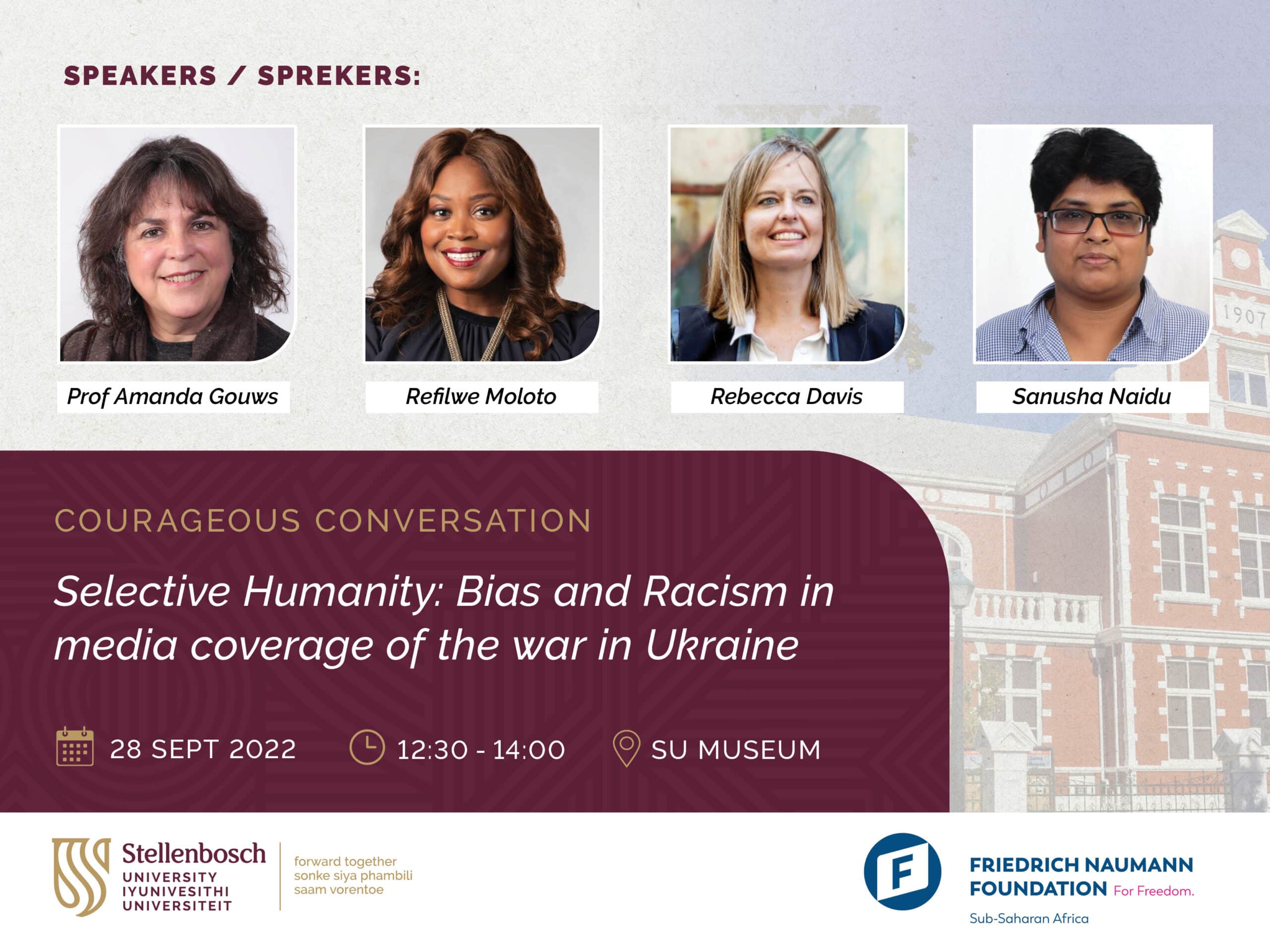 In this courageous conversation, the speakers will interrogate media bias in the coverage of the Ukraine war, such as this comment by a CBS foreign correspondent: “This isn’t a place, with all due respect, you know, like Iraq or Afghanistan that has seen conflict raging for decades. You know this is a relatively civilised, relatively European… city.” The panel will reflect on the consequences of racialised and gendered bias in the reporting, as well as the danger of fake news in relation to significant political events. Participants will also consider what the lessons are for our own reporting on contentious issues in our region.

Rebecca Davis is a journalist and analyst for Daily Maverick and a radio commentator for Cape Talk. She has won multiple prizes for her work, including the Vodacom Journalist of the Year award. Rebecca is also the author of two critically-acclaimed books, Best White (And Other Anxious Delusions) (2015) and Self-Helpless (2018).

Refilwe Moloto is an independent economic and strategic advisor with 20 years of experience as an Africa specialist focusing on developmental investment solutions. She is the first black women to host a commercial talk radio breakfast show in Africa – Breakfast with Refilwe Moloto – on Cape Talk. She is an Aspen Institute Fellow of the 11th Class of the regional chapter, the Africa Leadership Institute.

Sanusha Naidu is a foreign policy and political analyst based in Cape Town. Her work includes democracy, development and the political economy of Africa’s international relations and South Africa’s foreign policy. She has also focused her interests on South-South Cooperation and the footprint of emerging powers (China and India) in Africa.