A decade of excellence in Research, Innovation and Postgraduate Studies

There’s a well-known parable about a boy at a beach full of sand-stranded starfish, trying his level best to throw as many of them back into the ocean, even though he knew it would be impossible to save them all. He persevered because he knew he was making a difference in the lives of the starfish he did manage to throw back into the surf.

Prof Eugene Cloete, outgoing Deputy Vice-Chancellor (DVC): Research, Innovation and Postgraduate Studies of Stellenbosch University (SU), is a professional ‘rescuer of starfish’, one by one. Ask any of the hundreds of postgraduate students and academics the 64-year-old microbiologist took under his wing to teach them the nuts and bolts of professional science and help them advance as scholars.

In fact, the principle behind the parable is such a key part of Cloete’s outlook on life that a framed starfish has had pride of place on his office wall for the past 18 years.

Cloete’s term as DVC came to an end in July, after two successful terms.

“One survives leadership based on how you deal with your positional leadership. Listening to the good memories that colleagues shared with me upon my retirement, I’d like to think that I did a reasonable job.

“When you assume a leadership role, you surrender all rights and privileges. It’s all about selfless service. I’m not even in charge of my diary!” he chuckles.

To Cloete, the importance of values and fostering respect, trust and integrity is non-negotiable.

“One realises just how important respect is when you work with people who are vastly different. When people understand respect, differences can be bridged. The world is in chaos because of a lack of respect.”

He then adds jokingly at his own expense: “Yes, some of my friends think I would have made a good minister of religion.”

For his final presentation to Senate and Council, Cloete used the very same six-point PowerPoint slide he used for his first presentation in 2012. He was grateful to look back on how SU had enhanced its knowledge base, postgraduate student success, research outputs, innovation, research funding and research infrastructure and created a number of new multidisciplinary research programmes since his first days as DVC.

Council congratulated and thanked him for his successful terms with the following unanimous motion:

“Prof Cloete leaves behind a healthy portfolio and did tremendous work to establish an outstanding, leading research-intensive university, to develop important partnerships and, at the same time, to further expand postgraduate studies as an important sustainable building block to support this.”

SU currently hosts six centres of excellence funded by the Department of Science and Innovation – the highest number at any South African university. During his tenure, cutting-edge entities such as the School for Data Science and Computational Thinking, the School for Climate Studies, the Fraunhofer Research Laboratory and the AUDA/NEPAD Centre of Excellence in Science, Technology and Innovation were established.

“All was done working side by side with extremely talented colleagues. The best I could do was to create a climate that would enable us to zero in on the six focus areas from 2012 and take SU to new heights,” Cloete emphasises.

He is grateful for the support from the Rector and for good relationships with the Rectorate and the deans who reported to him, as well as people such as senior directors Dr Therina Theron (Research and Innovation) and Ellen Tise (Library and Information Service).

Cloete also hastens to add that the pressures of the office would have been unbearable had it not been for the unconditional support of his wife, Heloise, his family, as well as his right and left hand of the past decade, Inge-Rae Scholtz.

“Academics have diverse perspectives. Having that diversity is a good thing and makes a university a healthy place. It’s when all these different disciplines, cultures, talents and personalities gather around a problem that new and innovative solutions are born.”

His “acid test” for any decision was always whether it would contribute to staff and student success. And whether he would be willing to defend it on the Rooiplein.

“My job was to support: morally, financially, or by creating opportunities for people. What I enjoyed most was probably the chance to play a part in others’ growth and success.

“People thrive when you express your positive expectations for them, and then support them in realising those expectations,” says Cloete, who believes in acknowledging staff through a congratulatory call on their birthday, a thank-you email, or awards for leading or emerging researchers.

He enjoys the energy of presenting regular workshops for early-career researchers and providing mentorship to emerging leaders in science. He teaches them about the requirements for a successful academic career and consistent professionalism.

Researcher
“Hard work beats talent every time, until talent does hard work,” says the man who still drafts his own funding applications.

To satisfy his boundless curiosity about nature, he has continued with his research over the past decade. In the process, he supervised another 12 postgraduates and added another four patents and 70 publications to his tally.

And precisely because this fellow of the American Academy of Microbiology, the International Water Association, the Water Institute of Southern Africa and the Royal Society of South Africa never stopped his own active research, he could credibly claim that he understood the challenges faced by scientists.

“Others have hobbies. I read an article or write a book. I don’t think of it as work.”

Growing up on a farm in Lady Grey, Cloete’s search for solutions to global problems started with his father, Dan.

“Son, people will always need water and food. Study and work in that field,” was his dad’s short and sweet career advice.

Over the years, Cloete has elaborated on this focus with his own research philosophy of WEALTH: The W represents ‘water’, the E ‘energy’, ‘education’, ’employment’ and ‘equity’, the A ‘agriculture’ and ‘access’, the L ‘leadership’ and ‘land’, the T ‘technology’ and ‘transformation’, and the H ‘health’, ‘housing’, ‘hope’ and ‘happiness’.

Among others, this full-time solution seeker and part-time consultant for international firms developed a technique to use electrochemically activated water to remove bacteria causing corrosion in industrial cooling towers. The technology continues to be used in Coca-Cola’s factories to this day.

He was also the first researcher to discover that certain bacteria prey on algae, which could prevent the build-up of slime algae in freshwater and other systems.

His formal research career started with a BSc degree (in 1979) and a master’s in Botany (1981) from the University of the Free State. At the young age of 26, he graduated with his DSc in Microbiology (Water Purification) from the University of Pretoria (UP), having worked full-time for the chemical firm AECI. Two years later, he became UP’s youngest associate professor ever.

In 2009, Cloete left his position as head of UP’s Department of Microbiology and Plant Biology and chair of the School for Biological Sciences to assume the role of dean of SU’s Faculty of Science.

In recent years, his patents have included functional nanofibers in mini-water purification filters, and solar panels to pasteurise harvested rainwater. He is the inventor of the patented Rotoscope, which provides real-time monitoring of the build-up of biofilm or slime in water and other wet environments in order to prevent damage to industrial water systems. Cloete recently also assisted a PhD student to develop a bioreactor used for the treatment of winery effluent. He has patents at various stages of commercialisation.

His work has garnered recognition from the SA Akademie vir Wetenskap en Kuns, the Academy of Science of South Africa (ASSAf), the South African Society for Microbiology as well as the National Science and Technology Forum (NSTF).

In the years ahead, he plans to expand his national and international networks and continue serving as chair of the Entrepreneurship Development in Higher Education (EDHE) community of practice for entrepreneurial universities.

“I believe that my career will have its greatest impact in the next five to ten years, God willing.”

He intends helping with the roll-out and licensing of patents that he had a hand in, and ploughing back into newly established SU schools and research entities.

“The universities of the region must collaborate more, for example on research in the fields of climate affairs, data science, water and renewable energy. I would like to be a catalyst, bringing groups together to make expertise available to government,” says Cloete, who previously served on the boards of ASSAf, the Council for Scientific and Industrial Research (CSIR), the Water Research Commission and the Cancer Association of South Africa.

He will also be campaigning for a national recognition diploma, affording students formal recognition for credits earned at university even though they exit the system after two or three so-called unsuccessful years.

“It would save the taxpayer a lot of money, make students more employable, and prevent them from seeing themselves as a failure for the rest of their lives.

“I am a believer, so I don’t fear the future. For as long as I can remember, I have believed in a God I cannot see. But when I look at my life, I see what I believe.”

He points to the 110 master’s theses and doctoral dissertations safely stored in a glass cabinet in his office.

“Those are monuments. In my younger days, I never realised how meaningful it would be to my career to supervise students. Looking back now, my 165+ publications, six books and nine patents pale in comparison. I took an intellectual journey with each of those students. Eight have gone on to become professors, and many are corporate board members. All have remained friends.”

Each one a starfish. 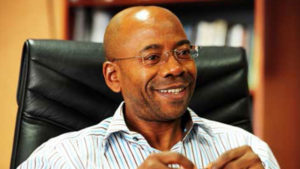