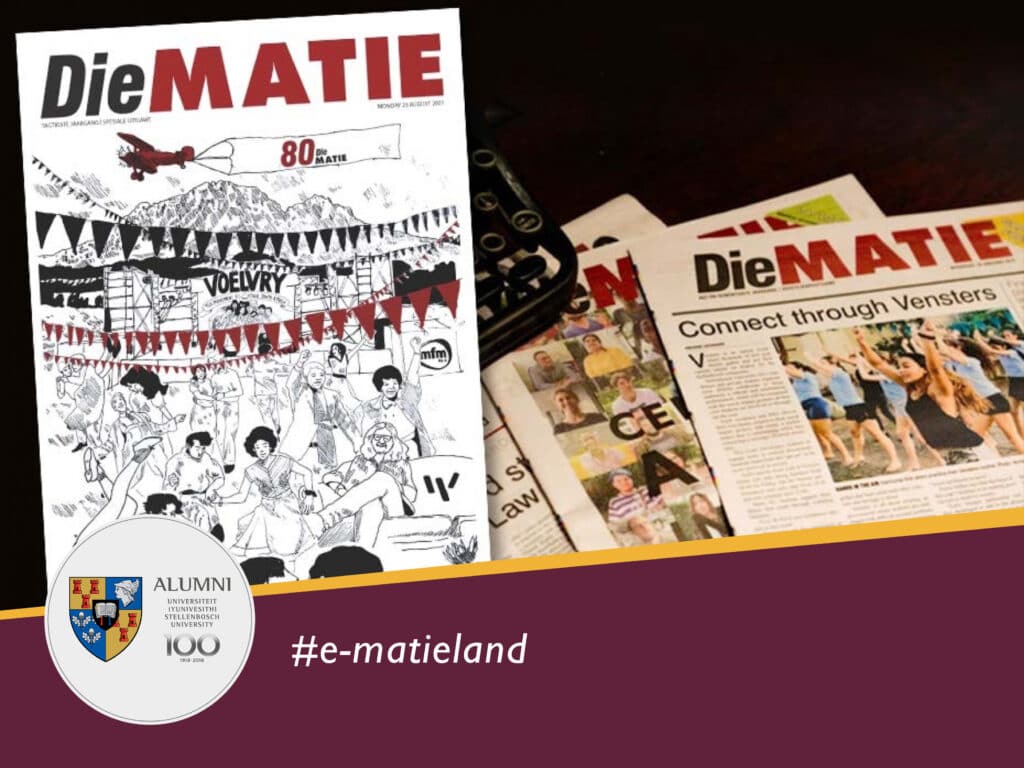 The 80th anniversary of Die Matie, official student newspaper of Stellenbosch University (SU), was celebrated on 9 November at Die Stal at Coetzenburg during an event organised by the Development and Alumni Relations Division. Former editors-in-chief, the current editorial team, friends of the newspaper and guests of the University attended the event. Die Matie’s first edition was published on 1 August 1941, writes Carla Visagie.

Prof Wim de Villiers, Rector and Vice-chancellor of SU, and Ton Vosloo, former chairperson of Naspers and honorary professor of journalism at SU, were the speakers.

“For many people, their student years are some of the best times in their lives. Networks like Die Matie keep our alumni active and diligent. It is often societies and extra-curricular activities that shaped alumni’s student lives and had a massive impact on their future. Die Matie did that for many students who became professionals and still work in media around the globe,” De Villiers said.

“Thank you to all the former editorial members for your contributions over the years. Your contributions to the newspaper has also made a direct impact on the University. I hope it is something that will live on for a long time. Congratulations to all whom put together the 80-year anniversary publication – the current editorial staff, and also the former editors-in-chief for their guidance.”

The large number of successful names in the media and communications industry, who started their journalistic career at Die Matie, emphasise that the student newspaper was an important catalyst in shaping the careers of these individuals, Vosloo said.

“It was a revelation for me to read the names of the editorial staff of 80 years in Die Matie’s commemorative edition. Some of these editorial members are here today, as well as the new leadership team. With them I can truly wallow in nostalgia. At random are former editors or editorial staff members who later made their mark in their professions or contributed to the well-being of this university or to our country. Some of them were also on my team when Naspers was built from a twinkle in the eye of Jannie Marais and other participants in 1914 to the global giant in media and communication today.

“What this group of names out of several hundred indicate, is that the student’s connection with Die Matie in his or her study years was an important catalyst in shaping their occupation or career pursuit. Or as Prof Lizette Rabe, chair of the Department of Journalism, puts it: The student newspaper is the laboratory for democracy,” Vosloo said.

“It was truly memorable news when two investigative journalists won the Nobel Peace Prize earlier this year. This honour underscores exactly how important the occupiers of mainstream media and investigative journalism must be to maintain true democracy. In recent years, we have seen extremely crucial investigative revelations in our local media, and one can proudly say that former editorial members of Die Matie and SU students shone therein.

“I want to wish Die Matie, its current and future leaders, well with the following message: You have to hone yourselves to deliver information and news to a student community in Afrikaans, Afrikaaps, Xhosa and English. Enlightenment is not locked up in one language.

“I also want to emphasise that participation in Die Matie means to experience the introduction to upholding of what I call the eternal values: The school on the way to upholding a real, truly free democracy and the repulsion of suffocating totalitarian societies,” Vosloo said.

Die Matie has always aimed to start debates and to keep student voices alive, said Corinne Oosthuizen, who became the first woman to be editor-in-chief of Die Matie in 1984.

“Die Matie is always something that should be there to cause trouble when needed, to comment and to stir.”

A remarkable contribution which Die Matie made in terms of the use of titles in Afrikaans, is that this newspaper was the first to use the abbreviation “me.”, said Oosthuizen.

“We started using the abbreviation ‘me.’ (ms) when I was editor-in-chief. Men were mister (‘mnr.’) but women were described in terms of whether you had a husband or not.”

Earlier this year, Die Matie published a commemorative edition with an overview of interesting and newsworthy stories over 80 years.

Johan van Tiddens, chairperson of Die Matie Student Newspaper Trust and editor-in-chief in 2003, said it was a “tremendous pleasure and inspiration” to work with Die Matie’s editorial team on the special commemorative edition.

“Our wish for Die Matie is that it will remain a place where critical thinking is cherished and developed, that the newspaper offers a voice to all, and that Die Matie will be the reliable source of information on campus,” he said.

Die Matie Student Newspaper Trust was founded in 2016 to support the newspaper financially and through means of training and advice. Jacolette Kloppers, editor-in-chief in 2001, is the founder of the trust. The other trustees are Nerisa Coetzee, assistant editor in 2004, Ben Griesel, assistant editor in 1971, and Gerrie de Villiers, editor-in-chief in 1972. 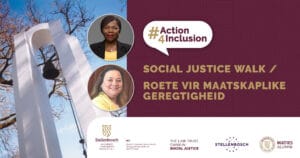