Prof Novel Chegou of Stellenbosch University’s Department of Biomedical Sciences is this year’s winner of the Royal Society Africa Prize, an annual award by the United Kingdom’s national science academy which recognises the innovative contribution of an African research scientist.

Chegou, who is based in the Stellenbosch University Immunology Research Group (SU-IRG) of the Division of Molecular Biology and Human Genetics, is being honoured for his work in the fields of pulmonary and extrapulmonary tuberculosis (TB).

“It is a huge honour,” says Chegou, who runs one of five independent research laboratories at SU-IRG. “We are passionate about the kind of research we are doing. All we want to do is contribute to developing tools for the control of TB, if we can, and also to train students and publish data.”

He adds: “Awards are not really at the top of your mind, but once you do receive an award like the Royal Society Africa Prize, it feels very good. It sends out a message that somebody out there sees what you are doing, and that they value what you are doing.”

Chegou’s work certainly deserves to be acknowledged. He has been engaged in research on the immunology of tuberculosis since he embarked on his MSc degree at Stellenbosch University in 2006, which was converted into a PhD.

“Almost all my work is geared towards developing some kind of prototype test for TB,” he says. “Some projects are aimed at discovering biomarkers or evaluating biomarkers so they can be put into tools and used to diagnose TB or to monitor the response to TB treatment.”

Chegou’s research proposal to the Royal Society intends to take this further and plans to focus on biomarkers to diagnose TB meningitis in children. “It’s one of the most difficult types of TB to diagnose,” he explains.

“To diagnose it, you really need advanced tools and expensive equipment, which is why children are mostly referred to a tertiary hospital. But, most of the time, they will never be normal again by the time the disease is diagnosed.

“The question is: Can we diagnose TB meningitis easier, using the biomarkers that we have been working with? What we want to do with the award is to continue improving on the tests that we are trying to develop for earlier diagnosis of that disease in children.

“Then the child doesn’t have to come to hospital up to six times before the disease is diagnosed. Then you may avoid some of the neurological problems that children develop because of advanced disease caused by diagnostic delay – not because there is no treatment.”

Chegou, who is originally from Cameroon and trained as a medical laboratory scientist at the University of Buea, made his mark quite early in his career. He received an award from the South African Society for Biochemistry and Molecular Biology as the best Honours student in South Africa in the 2005 academic year.

In 2015, he received the Stellenbosch University Rector’s Award for General Performance. He also won the Young Researcher Award at the UNESCO-Merck Africa Research Summit that same year and received the Silver Scientific Achievement Award from the South African Medical Research Council in 2019.

Yet there is no doubt that the Royal Society Africa Prize is a singular honour. Founded in the 1660s, the Royal Society is the oldest scientific academy in continuous existence and boasts Isaac Newton, Charles Darwin, Albert Einstein and Stephen Hawking among its elected Fellows.

“I am extremely grateful for the recognition of our work by the Royal Society,” says Chegou. He hopes the award will create more awareness of their work, and perhaps lead to new research collaborations and access to other funding opportunities.

Sir Adrian Smith, President of the Royal Society, applauds the work of all those it will honour this year: “On behalf of the Royal Society, I offer my congratulations to the outstanding researchers, individuals and teams whose contributions to our collective scientific endeavour have helped further our understanding of the world around us.

“Science has always been a team game, and I’m proud to see such a wide array of skills and specialisms reflected in this year’s medals and awards. I am proud that we can celebrate outstanding scientific contributions in all their forms.” 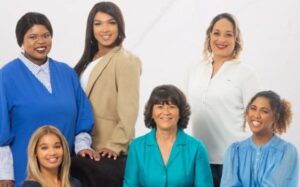 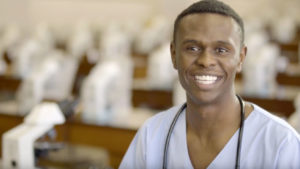