An MSc dissertation on marine mammal speciation and the role of historical climate change in this process earned Amoré Malan from Stellenbosch University the prestigious Junior Captain Scott Memorial Medal.

This medal is awarded annually by the Suid-Afrikaanse Akademie vir Wetenskap en Kuns for the best MSc dissertation in Zoology at a South African university.

Amoré says while the award was a big surprise, she is grateful for being recognised doing something that she is really interested in. To her, the award is also a testimony of the support she received from her study leader, Prof Conrad Matthee, fellow postgraduate students, her partner and family.

Amoré says she has always been interested in the natural world: “From a young age, I collected critters from the garden or followed guinea fowls around. My interest in marine biology was sparked when I witnessed the interaction between a mother humpback whale and her calf in Kalk Bay.”

All was not plain-sailing however, the biggest challenge being dealing with the COVID-regulations. During the first year of her Masters-degree, she could not go to the genetics lab for three months due to the strict lockdown regulations announced in March 2020: “This period was critical for collecting data and initially resulted in many setbacks,” she explains.

The most rewarding part of her research was the diverse skills she had to acquire to complete the Masters. These skills have opened new opportunities for research in molecular ecology and evolution. She has also submitted a research article to a peer-reviewed journal, based on her MSc-thesis.

Amoré explains: “At the height of the Last Glacial Maximum, lower sea levels made migrations from southern Africa to Australia possible, as more landmasses of mid-oceanic islands were exposed. Subsequent sea-level rise then disrupted gene flow. About 12 000 years ago there is no more gene flow between the two populations, resulting in two different species of brown fur seals in the Southern Ocean.”

Prof Matthee says the vastness of our oceans makes it difficult for researchers to understand the mechanisms underlying speciation events in marine environments. On land, the formation of species is mostly correlated with the geographic isolation of two or more groups of individuals. In the marine environment, however, it is much harder to find clear barriers to gene flow.

“The study provided clear evidence that glacial cycles and oceanic distance are two major forces that contribute to speciation in some marine species,” he concludes.​ 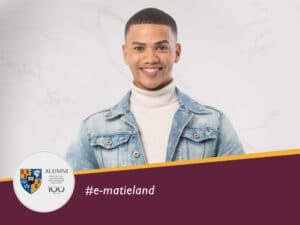 ‘My life journey is a testament of resilience’

A visit to the Stellenbosch Library Makerspace: An exceptional, mind-blowing experience