The Toyota SU Woordfees TV pop-up channel goes live on Friday, 1 October 2021. Fees TV, as it will be known on DStv, is the first ever arts festival on South African television, and it will be on air from 1 to 7 October 2021.

Fees TV brings all the variety and vibrancy of one of South Africa’s biggest arts festivals, the Toyota SU Woordfees, to television. The programme content displays a broad range of genres: theatre, writers and books, dance, lifestyle, stand-up comedy, contemporary and classical music, film, discourse, and visual arts. The pop-up channel celebrates the arts and the diversity of talent and creativity of local artists, with a strong focus on quality-Afrikaans books, theatre, music, and film.

Fees TV will be available in South Africa on DStv Channel 150 from 1 to 7 October 2021, 24 hours a day, to all DStv Premium and Compact Plus subscribers. In Namibia, it will air on GOtv channel 15, with access for all GOtv Max subscribers. The Fees TV pop-up channel will also be available on DStv Now, and a selection of content on DStv Catch Up.

“A large variety of content by local producers has been curated to reflect the interests of our loyal festivalgoers. The programme will appeal to the culturally curious and all lovers of the arts, books, music, good food and wine. People from different walks of life, backgrounds and languages will be able to come together around their love of the arts to experience beauty, spectacle, debate, provocative ideas, and community. Lifestyle-orientated content will focus on scenic Stellenbosch and surrounds where the festival usually takes place,” says Toyota SU Woordfees festival director, Saartjie Botha.

Highlights and anchor productions featured in the programme launch presentation include the following:

See a variety of South Africa’s most celebrated talent on stage – on your screen. The theatre series includes:

Highlights of the contemporary music series include:

Woordfees TV will broadcast predominantly in Afrikaans but will also include English and multi-lingual works. All Afrikaans narrative works produced by the Woordfees festival, such as plays and discussion, will have English subtitles.

Non-subscribers can buy one of several one-month subscription packages for the month of October and enjoy the Toyota SU Woordfees on TV and DStv Catch Up in the safety of their homes.

The launch broadcast of around 20 minutes is still available to be viewed on the Toyota SU Woordfees Facebook page and the DStv YouTube channel.

* Toyota SU Woordfees TV pop-up is aired from 1 to 7 October on DStv channel 150 in South Africa and on GOtv channel 15 in Namibia. Watch woordfees.co.za and the Woordfees social media platforms for new highlights and information on Fees TV.

‘It’s not about leadership, but ownership,’ says Rassie 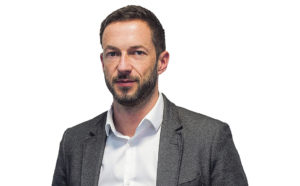