‘It’s not about leadership, but ownership,’ says Rassie

Stellenbosch University’s Development and Alumni Relations (DAR) has successfully launched the first in a series of conversations with national and international leaders, titled the Matie Crest Talks.

On Thursday, 23 July more than 1 600 alumni, donors and friends of the University, from as far afield as New Zealand, the USA, Canada, the UK, Ireland, Europe, Asia, and of course South Africa joined the first Matie Crest Talk with Rassie Erasmus, former head coach of the triumphant 2019 World Cup-winning Springboks and current Director of Rugby at the South African Rugby Union (SARU), as speaker. The online conversation was facilitated by Alison April, herself a Matie and currently DAR’s Alumni and Fundraising Director in Europe.

According to Karen Bruns, DAR’s Senior Director, the aim of these leadership talks is to provide platform for various speakers to inspire, strengthen, guide and intrigue current and future leaders.

Erasmus’ conversation centred around how to negotiate the journey from crisis to success, with him returning from Ireland in November 2017 and taking over the reigns as Springbok coach, as the starting point.

“Our whole approach to tackle the 2019 World Cup was to focus purely on lessons learned from mistakes made in previous World Cups. I was a player in ’99 at the World Cup, in 2003 I was not there, in 2007 and 2011 I was on the management team and in 2015, I was the high-performance manager at SARU. So, I always said, consider all the times we nearly won and lost out. That’s where you get your plans and options from.”

He shared how important it is to align the thinking of the entire team. Success is not about leadership, but ownership: each player had to take full ownership relating to his on field and off field aspects. He pointed out that the players had to see themselves as a cohesive team. It proved to be a successful starting point to build on. Subsequently, with the focus on teamwork and a true Springbok spirit, they could get to work.

Erasmus shared several insights on the role of management, of each player, and emphasised that to achieve success one has to select and appoint the right people. Success is down to also having a diverse team. “We had four women in the management team who played a very important role for our players. I can tell you now, at the World Cup we had a 100% happy, transformed and diverse playing and management team.”

Many of the points he shared were beneficial for people in business, sport, institutions of learning and various other organisations.

Bruns is excited about future Maties Crest Talks and the benefit they could hold for alumni in their professional lives. “Through the Maties Crest Talks we are creating a platform for leaders from different walks of life, different industries and various contexts to share their views on leadership exclusively with Matie alumni – as diverse and original as their presentations might be. We will invite speakers with different views in order to inform leadership that is creative, innovative and informing workplace satisfaction. Watch this space – we plan on hosting more inspiring talks in the coming months.” 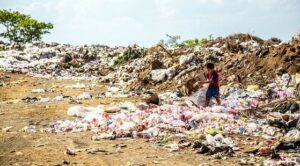 Basic income grants for SA: more money for the poor but at a heavy cost