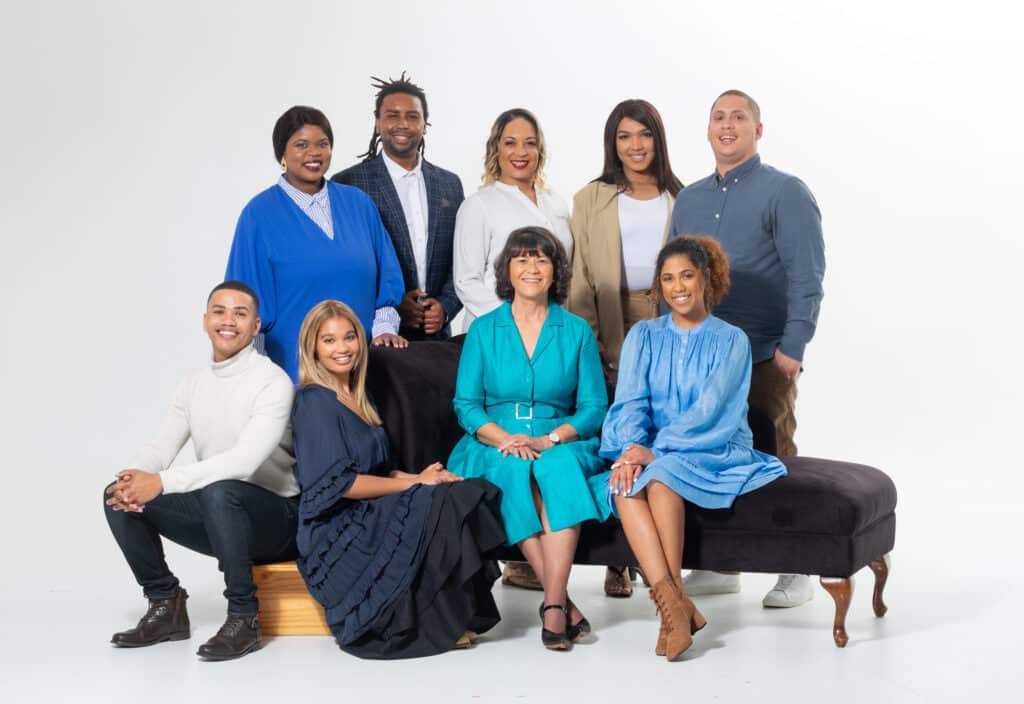 Good deeds sow more good deeds. Just look at the chain reaction catalysed by a social impact programme like Rachel’s Angels, which ended up on television and, moreover, got nominated for a coveted television award.

From the domino effect of this programme, the brainchild of Prof Rachel Jafta from Stellenbosch University’s (SU) Economics Department, among others, and Koos Bekker, chairperson of the Naspers board, the documentary film Inspirasiestories was born.

Inpirasiestories was broadcast for the first time in November last year on VIA TV. It was nominated on 14 July this year for a South African Film and Television Award, better known as a SAFTA.

But how did Rachel’s Angels’ story morph into Inspirasiestories, and how did the latter eventually end up on the small screen?

Prof Jafta explains: “In 2020 SU’s Economics Department was 100 years old. We had a full programme of activities we wanted to do to celebrate the centenary. I really wanted a social impact expo where the work of the department could be exhibited in a creative way, to not only demonstrate how our research and teaching were contributing to society, but to underscore social impact programmes, of which Rachel’s Angels was one.”

The programme prepared Grade 11 and 12 learners between 2007 and 2016 for tertiary studies by providing support and guidance to promising learners from underprivileged circumstances. This was achieved by pairing each learner with a carefully selected mentor, who helped make sense of university life. The domino effect was in full effect: mentees themselves later become role models who can uplift others.

“When we got to thinking creatively about how we were going to tell the story, I talked to the co-founder of Rachel’s Angels, Koos Bekker, about how best we could demonstrate the initiative. He had the bright idea that we could do it through a documentary in which we told the stories of some of the mentees and mentors who had completed the programme,” she says.

The 44-minute doccie was filmed, and Inspirasiestories tells the stories of 13 Rachel’s Angels. You cannot remain unaffected when you hear them tell, in their own voice, how this mentorship programme changed the lives of the participants – both the mentors and mentees.

It soulfully highlights the underpinning bond of humility, eagerness to learn and rising above one’s circumstances which all the participants have in common.

“The goal from my side was genuinely to inspire people; to be able to show a child from the same background as myself and many of the Rachel’s Angels – where we have nobody in our community that has attended university, and where there aren’t such role models – to broaden their horizons and give them that exposure.”

She says when she first heard of the nomination, her first thought was that it would give a “wonderful boost in self-confidence to the participants, knowing their stories were receiving recognition through a SAFTA nomination, so I’m very excited about it”.

Inspirasiestories shares the nomination for “best made for television documentary” with Devilsdorp and Echoes in the Valley. “We are in a category with two very strong documentaries, which by default binds a lot of viewers, so I’m hoping the inspiration in our stories will be the deciding factor. I am very excited!” she laughs.

She says to be able to hear they have won, will be huge. “I don’t know many academics heading a programme who have won a SAFTA award!” she jokes.

What will it mean to her should Inspirasiestories win? “Personally, it would be most exciting, but even more so for the participants, because during the filming we naturally visited them at their family homes and there was a buzz of excitement – not only from the immediate family, but also from the extended family and other people in their town. So, I think it will mean an incredible amount to these communities.”

The awards ceremonies are taking place virtually on 2 and 3 September.

The documentary can be seen here: https://www.youtube.com/watch?v=HEj50A6oNbg.