The mother of innovation 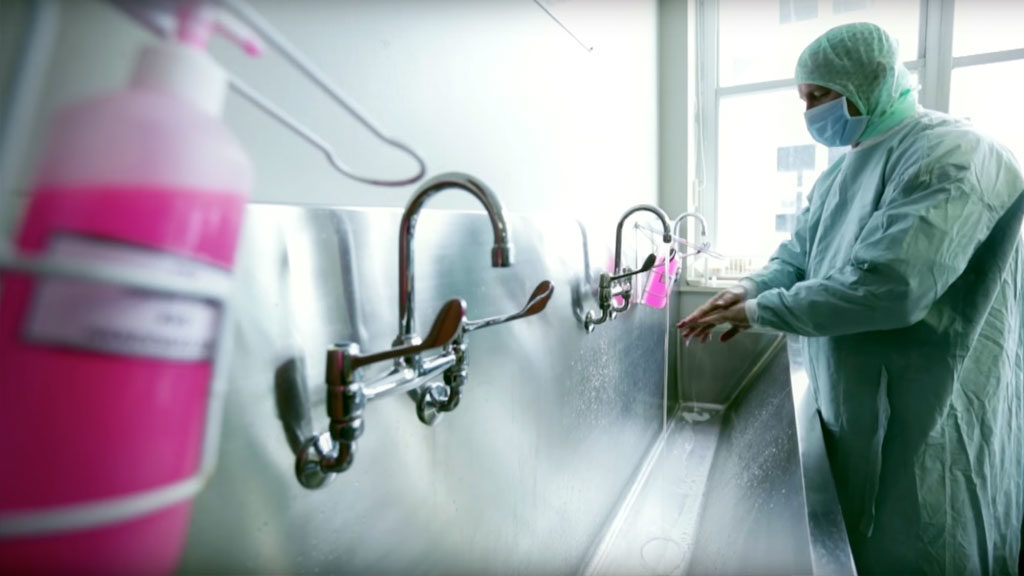 “For me, being a Matie,  is about being someone that is extremely relevant in South Africa and Sub-Saharan Africa. I think we push our own agenda less than we push the country’s agenda. I hope that is the image shown to others when they look at us.”

True innovation is testament to an individual or group’s capacity to think and act creatively, inventively and with courage. A world-class institution like Stellenbosch University offers the perfect platform to ignite such thinking and encourages entrepreneurship and innovative research in such a way that it has paved the way for individuals who have broken ground in a number of fields. Two such individuals, together with their respective teams, that are responsible for massive breakthroughs in the fields of science and medicine are CubeSpace scientist, Gerhard Janse van Vuuren and pioneering surgeon, Professor André Van der Merwe, proving that innovation truly is the key to bridging the gap between Africa and the world.

Originally from Pretoria, Gerhard Janse van Vuuren came to Stellenbosch University in 2008 with dreams of becoming an Actuarial Scientist. After studying in the field for a year, his direction changed and he found that he was more drawn to the intricacies of electronic engineering and, more specifically, the developments in space technology. Halfway through his Masters degree, Janse van Vuuren, along with a few other fellow Masters students, was approached by Professor Herman Steyn when the Electronic Systems Laboratory (ESL) at the university was given a contract, together with Surrey University in England, to build 15 control system units for a big project where 50 small CubeSats, or nanosatellites, were to be sent up to space. This sparked the idea for the development of CubeSpace, a spin-out company that, although had already been busy with similar research for a few years, was officially founded at the beginning of 2015. With three nanosatellites already in space and the 15 commissioned units, as well as an additional 20 units delivered, the small start-up company is growing from strength to strength at an astronomical rate.

Like Jansen van Vuuren, Professor André Van der Merwe, now the Head of Urology at Stellenbosch Univeristy, didn’t opt for medicine as a first choice. When Van der Merwe first came to university in 1988, his focus was more on a career in professional athletics, for which he was awarded a bursary. He dabbled with the idea of medicine and soon decided to pack in his track shorts and replace them with scrubs and spent the five years that followed working at the university’s Tygerberg Campus, home to Stellenbosch University’s Faculty of Medicine. “I only just made it into medical school and I often thought maybe I wouldn’t be good enough,” he recalls. “I thought, I really have to work hard at this.” Following his studies, Van der Merwe went on to work as a junior doctor in England and during this time, passed the extensive and gruelling exams for the Royal College of Surgeons of England and Edinburgh proving that hard work does, indeed, pay off. On his return to South Africa, he specialised in Urology at Groote Schuur Hospital in Cape Town for a few years and was introduced to transplantation, a field that intrigued and fascinated him. In 2007, Van der Merwe returned to Tygerberg after almost 20 years and it was here that he became the first doctor in South Africa and the world to perform a transplant like no other.

Together with its partners, Stellenbosch University, Innovus, and the LaunchLab – a collaborative space that funds small start-ups that are redefining the future with their ground-breaking designs and manufacturing capabilities – CubeSpace and the enthusiastic team are also performing feats that are shaping Africa and the world. “The work began towards the start of 1992 when satellite research became a thing at SU and it was started through the founding of the Electronic Systems Laboratory which is now still the research laboratory where satellite and UAV research happens at SU,” explains Jansen van Vuuren. In February 1999, the SunSat satellite became the first ever satellite out of Africa to be launched and successfully operated in space. More than 100 students were part of this project and over 50 Masters and PhD degrees were awarded during the time. “Our own Professor Steyn did his PhD on the control system of SUNSAT,” says Jansen van Vuuren. Now, the team at CubeSpace, under the guidance of Professor Steyn, have taken the innovate work and commercialised it, bridging the gap between science and entrepreneurship. Something that very few universities have done. “There has always been innovation at universities, that is the nature of a university,” says Jansen van Vuuren. “But to commercialise it, hasn’t really happened in the past. There are only a few companies in the world that do what we’re doing, building hardware for small satellites. And I think for South Africa to have technology that came from research here in the country, from our university, is very significant.”

An extremely significant development in the field of medicine occurred on the 11th December 2014 when Professor Van der Merwe led a team of surgeons through a ground-breaking surgery at Tygerberg Hospital that lasted nine hours. The procedure, to surgically attach a penis from a donor to a living patient was the first of its kind and was officially announced by the University of Stellenbosch’s Faculty of Medicine and Health Sciences in March 2015. Having had countless kidney transplants (one of which being the very first laparoscopic removal of a kidney in the South Africa) under his belt, Van der Merwe was inspired to do something that had never been done before whilst looking for inspiration for his PhD topic. “One of the patients that we discussed was somebody who lost a penis and I think either got very sick or died,” he recalls. “And it just occurred to me. Why on earth, when I harvest kidneys for kidney transplants, do I not then also harvest a penis for a penis transplant? So many people told me it’s not feasible to do it. So many people told me I was mad.” Van der Merwe aspires to invoke hope in those that have suffered as a result of cultural practises gone wrong, especially regarding circumcision. “If you’re a young man going into the bush for a circumcision, you expect to be a man after that and have sexual intercourse,” he explains. “Then you come back with absolutely nothing or a non-functioning penis. It is devastating. The fact that we could do the operation successfully with a great team of doctors means a lot to our community and means a lot to our patients on the waiting list. It means a lot to the silent masses of people sitting there without a penis.”

The incredible innovation that is taking place at Stellenbosch University is constantly expanding and, according to Van der Merwe, has got a huge drive to be relevant in Africa. For both Jansen van Vuuren and Van der Merwe, being a Matie is being part of a team that is focused on both leadership and communication, where innovation can happen automatically and drives not only the individual, but the entire continent. “Being a Matie is always something that is going to be close to my heart,” says Jansen van Vuuren. “I know that in 15 years from now, when CubeSpace is a big company, we’re going to look back and be proud that we came from Stellenbosch University and we always want to keep the bond we have strong. That’s were the research and development started for us and that’s where we want to keep it.” For Van der Merwe, being a Matie is about being part of something relevant in both South Africa and Sub-Saharan Africa. “This is the big image that everyone who is a Matie would like to get across,” he says. “I think we push our own agenda less than we push the country’s agenda.” The constantly evolving nature of Stellenbosch University allows for a steady platform that is host to many important innovators in the country, allowing them to spread ideas and break ground in their respective fields. It is said that necessity is the mother of invention and, in these wonderfully inspiring stories, one could say that Stellenbosch University is the mother of innovation.

DTTC provides leadership in WHO update of TB guidelines for children