Titan of activism, jurisprudence, and academia returns to Stellenbosch

Justice Edwin Cameron will be installed as Stellenbosch University’s 15th Chancellor on 18 May 2022. Click here to view the event, which will be live streamed from 17h00.

Stellenbosch University (SU) Chancellor Justice Edwin Cameron is a titan of South African activism, jurisprudence, and academia. The list of his awards and accomplishments is monumental, and infinite in its legacy. We spoke to him to get a more intimate view of the man behind the intellectual firebrand.

When Edwin Cameron was a boy who would grow up to be one of the most progressive, courageous, and conscientious South Africans of our time, he and his sister were living in a children’s home because their single mother did not have the means to support them. One Christmas holiday, they were struggling to make ends meet. (“Platsak,” says Cameron with a wry smile.) A woman arrived at their boarding house with an anonymous donation: an envelope that contained ten rand – a princely sum at the time.

“It was a gesture which changed my life,” says Cameron. “It gave me a sense that – while individual interventions are never enough and you need structural, social, and material interventions at scale – you should never, ever disregard what you can do in any one day to benefit people in your circle.”

Another formative influence on his character and values was his older sister, Jeanie, whom he credits as being a paragon of loyalty and selfless generosity. It was Jeanie who looked after Cameron and allowed him to focus on his schoolwork, allowing his intellect and acumen to eventually catapult him into ever higher academic and professional echelons. But her most enduring effect, says Cameron, has been to ground him.

“She’s kept me in touch with my roots,” he says. “You can’t eradicate that important history. It’s a shared history, which is definitional to us both, and a humbling reminder of how many South Africans are plunged into poverty by Covid, by floods, by the Zuma insurrection of last year…”

However, Cameron is always quick to point out that despite his poverty-wracked youth, as a white South African he was afforded several opportunities unavailable to the majority to his country’s population, from a Rhodes Scholarship to later on being able to afford expensive antiretroviral treatment (ARVs) after he was diagnosed with HIV. (Cameron was instrumental in pressuring the Thabo Mbeki administration to provide antiretroviral treatment to citizens who needed them.)

One gets a sense that this lifelong tension – between privilege and poverty, between public prominence and private marginalisation, between status and persecution – has been a driving force behind his pursuit of progress and justice. Cameron has spent his life using his position and advantage to protect and uplift the underprivileged and disadvantaged.

While always politically conscious, and despite being both the Primarius of his residence and on the Students’ Representative Council, Cameron says that hiding his sexual orientation in the conservative and oppressive climate of apartheid Stellenbosch in the mid-1970s hindered him from being as outspoken as he would have liked to be on several social and political issues. To this day, Cameron feels that integrity and pride are cornerstones of activism.

But even in the mid-1970s, he says, “there were signs of spring. A few years before my enrolment at SU, the students had voted to break away from the Broederbond-dominated National Students Organisation – which was revolutionary! And my own residence, Wilgenhof, was a place which encouraged heterodox thoughts. I wouldn’t say that it was rebellious in the sense of revolutionary, but rebellious in the sense of idiosyncratic and original thinking.”

From gay rights, AIDS destigmatisation and governmental ARV rollouts to balance of powers and free speech, it’s no exaggeration to say that Cameron’s career as a human rights lawyer and judge, as well as his activism during what is arguably the most important period in our country’s history, have shaped our collective conscience.

He is proud of the work being done at SU’s current Faculty of Law and feels that that there is a lot more work to be done with regards to human rights. In law, as in academia, it is important to stand on the shoulders of giants to take the battle for good ever higher. According to Cameron, the fight today is for cross-border migrants, sex workers, housing rights and anti-eviction.

“Stellenbosch is contributing to that,” he says. “The law school is highly attuned to social injustice. I don’t think you can teach law in South Africa without realising the peril that inequality and dispossession entails for the entire liberal project. The whole constitutional project will be valueless, will come tumbling down, unless we do something effective about inequality.”

Cameron is full of praise for SU’s Law Clinic in taking on public interest litigation. He is particularly proud of the fact that he wrote the judgement in the Constitutional Court upholding the victory that the Law Clinic attained regarding garnishee orders – because it will protect the poorest and most vulnerable against the ravages of debt.

Justice Edwin Cameron is an inspired and inspiring choice for SU’s chancellorship. When asked what he thinks the University’s primary objectives should be, his answer aligns perfectly with the two most important themes outlined in SU’s Vision 2040 manifesto: inclusivity and excellence.

“The most important thing for me is that SU must and will, and is at the moment, becoming more inclusive and more diverse,” he says. “This to me is indispensable and self-affirming. We are becoming a university where everyone can feel at home on campus.”

He speaks warmly about the changes he sees in SU’s graduation ceremonies: from historically formal and stilted events, they have now become colourful and vocal celebrations. “People are now stepping out into the aisles, singing praises and shouting ‘halala’ and they are rejoicing. And the Vice-chancellor and I are thrilled with that because it’s the increasing affirmation of SU’s traditional ceremonies as belonging to everyone, as they always should have.”

Regarding excellence, Cameron is unequivocal: excellence in research and scholarly output, excellence in knowledge creation and knowledge dissemination, and excellence in teaching and in learning. “One of our serious problems in South Africa is that of self-worth. As a country the Zuma era robbed us of our self-respect. We are entitled to incorrupt leaders, and if we accept less than that, it’s because we don’t value ourselves enough to assert our entitlement to it.”

But he is also adamant that excellence and inclusivity must go hand-in-hand: “We have to support the excellent institutions in our society, while making them more accessible. At SU we are not going to allow excellence to be synonymous with exclusivity.”

With Justice Edwin Cameron as its chancellor, SU has the ideal person to take it from its controversial past and guide it – with intelligence, bravery, and magnanimity – into an excellent, inclusive future. 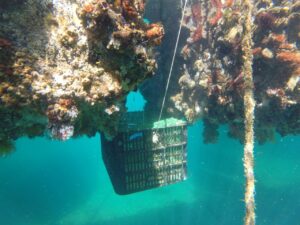