Student athletes at Stellenbosch University (SU) who have lost financial backing due to the impact of the COVID-19 pandemic, will soon receive a financial lifeline after sport stars, coaches, alumni and friends of the University went the extra mile to help raise money to pay their outstanding tuition fees.

A total amount of R1, 808, 428 was raised as part of SU’s #Train4Fees campaign after a generous donor committed to match funds raised in July and August on a rand-for-rand basis. “We are in the process of finalising the list of student athletes who will benefit, but for now our aim is for at least 45 students to receive financial help,” says Hans Scriba, Fundraising Manager at SU’s Development and Alumni Relations Division (DAR).

According to Scriba, 109 players, staff and supporters heeded the call and signed up to raise funds for the #Train4Fees campaign, while over 480 donations were received from alumni, supporters and corporate donors. Notably, among the campaign’s supporters were Stormers and Springboks Pieter-Steph du Toit, Breyton Paulse and Schalk Brits.

“We are so grateful that our greater Maties family have put their hands in their pockets and shown our students tremendous support. All the effort put in over these past three months exceeded our expectations. To be in a position to help our students, is heart-warming and will go a long way in ensuring that no student is left behind,” says Scriba.

Launched on 1 June 2020 by Maties Sport and DAR, the three-month #Train4Fees campaign came to an end on 31 August 2020.  Supporters could either make a donation towards any of the various Matie sporting codes on the GivenGain fundraising platform or sign up to become a fundraiser themselves. Fundraisers could run, cycle, walk or skateboard while asking their network – family, friends, colleagues, or neighbours — to make a donation per kilometre.

“It just goes to show that with a little effort, we can all make a huge difference,” Scriba adds.

Ilhaam Groenewald, Chief Director of Maties Sport, says this very important initiative was one of the most exciting experiences during the lockdown period. “It brought us together as a team to deliver a positive result for our student athletes.” 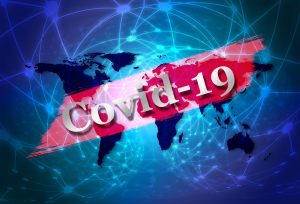 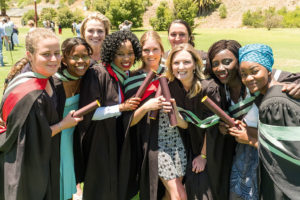