The 2022 Community Partnership Function hosted by the Ukwanda Centre for Rural Health’s was an auspicious occasion – not only was it the 10th time that this event was held, it also took place in the year that the Centre is celebrating its 20th anniversary.

“The Community Partnership Function is always one of the highlights of the year for me. However, today is even more special, as we are also celebrating 20 years of Ukwanda,” Prof Ian Couper, Director of the Ukwanda Centre for Rural Health said in his welcoming address on the day. The Centre is situated within the Faculty of Medicine and Health Sciences (FMHS), Stellenbosch University (SU).

The purpose of this annual function is to highlight the inspiring work between the University and rural communities, either through student projects, research or other initiatives. The function was distributed over three venues in rural areas where the Centre operates – Worcester and Hermanus in the Western Cape, and Upington in the Northern Cape.

Dr Therese Fish, Vice Dean: Clinical Services and Social Impact for the FMHS delivered this year’s Hoffie Conradie address. The rural doctor and educator, Prof Hoffie Conradie was instrumental in the establishment of the Ukwanda Centre for Rural Health and served as its first director. “Hoffie Conradie epitomises the community doctor. He has a heart for rural communities, and he lived to guide our students to becoming community doctors. It is important for us to honour him at the Community Partnership Function through the Hoffie Conradie address,” said Lindsay-Michelle Meyer, who has been associated with the Centre for well over a decade.

In her address, Fish, who has been involved with Ukwanda since 2006, reflected on some of the highlights of the Centre’s 20-year existence. “It was pioneering of our leadership to establish the Centre for Rural Health in 2001, specifically to drive research and training in rural, underserved areas,” she said. “We know that the further you are from the city, the worse the health care available to you. So we wanted to train our students outside of the big hospitals in the city, closer to where people live, so that our graduates understood the social determinants of health. Today we are proud that SU has one of the most extensive networks for undergraduate training.”

Fish also acknowledged the pioneering work of the University’s late Rector, Prof Russel Botman and his management team, who worked with the FMHS to establish the Worcester campus a decade after the Centre was formed. This allows students to spend their entire final year at rural facilities where they can immerse themselves in the communities and get insight into the context of patients they serve. Fish also paid tribute to the first cohort of seven medical students who had the courage to pilot the rural platform. “They were the pioneers, and paved the way for the other students, not just in the medical programme, but also students from occupational therapy, human nutrition, physiotherapy, speech-language and hearing therapy, and soon also nursing students,” she said.

The feedback from students regarding the longitudinal rural rotation has been overwhelmingly positive, and students describe their training time in rural settings as “transformative, life changing, a positive learning experience, and opportunity to gain a better understanding of the people and the place.”

She thanked all the internal and external partners that have collaborated with the Centre throughout the year, and who have been instrumental in its success. “We cannot do the work that we do – training students and doing health research – without partnerships with the Department of Health, local government, non-governmental- and community-based organisations,” Fish stressed. “They have been critical for us, and over the years we have witnessed many of the outcomes of those collaborations at the Annual Partnership Functions.”

Thank you for donating to Huis ten Bosch 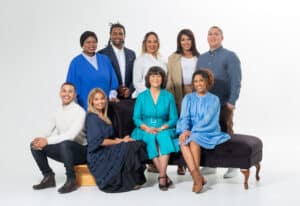